7 years ago
/ in Latest News

The Di Salvo Engineering Group, Structural Engineers, of Ridgefield, is happy to announce the following promotions in 2016:

Stephen Lehigh, who came on board as a Senior Project Engineer in May 2015, has been promoted to Project Manager.  Steve is a 2004 graduate of State University of New York Technology at Utica/Rome with a BSCE.  He is a registered professional engineer in both Connecticut and New York.

Jason Henion and Christian Briggs were both promoted from Engineer to Project Engineer.  They both started their employment at TDEG in July 2014. 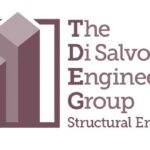