As with any dynamic organization, the firm that is presently known as The Di Salvo Engineering Group has undergone many transformations since its founding in 1973. With the help of all of its associates, the firm continually works to become the structural engineer of choice among clients who value creativity, innovation, integrity and the highest standards that define quality of service. 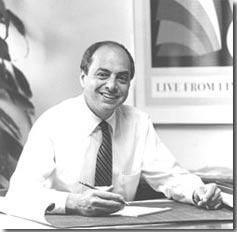 On June 1, 1973 the firm started as a one-person endeavor in Ridgefield, Connecticut as “Richard S. Di Salvo, PE.” Dick had observed a kaleidoscopic view of his chosen profession through a series of positions with the U.S. Air Force, a major New York City structural firm, an architect, a large construction firm, two industrial corporations and, finally, a mid-sized, Connecticut-based consulting engineering firm.

Dick founded the firm to offer a higher level of structural engineering service than prevailed at that time. From his experience as a contracting officer for the Air Force, a corporate purchaser of structural services, and a construction engineer who had to build from documents produced by structural firms, came the certain knowledge that a consultant who could meet and surpass the frequently unfulfilled expectations of all of those clients would achieve recognition and success.

Such success followed quickly, thanks to clients who appreciated the refreshing philosophy that a higher level of engineering service paid dividends in the form of higher quality construction, attained schedules and lower costs.

In 1974, Mauro Cetra, PE joined Dick to form Di Salvo + Cetra. Mauro came as an expert in the design of structural steel, having served as a representative of the American Institute of Steel Construction in both New York City and Hartford. Mauro was also an alumnus of IBM and had written the first software for structural engineers. Mauro’s strong experience with computers enabled the firm to pioneer in both AutoCad and business management systems. Over the next ten years, Di Salvo + Cetra developed into one of the leading structural firms in the state.

Toward the end of that period, Mauro developed the Di Salvo + Cetra subsidiary called Program Sciences, Inc. That programming activity grew to be so successful that, in 1984, the principals saw the need to refocus their efforts. Mauro took PSI independent and Dick remained as President and sole owner of the newly named corporation, Di Salvo Associates.

Dick continued to grow the firm and made John MacDonald, PE and Art Sanders, AIA partners of the firm.  It was at this time, in the mid-1980’s, that today’s leadership group joined the firm and contributed greatly to its peak staff size to twenty-four engineers, draftspersons and assistants.

In 1983, Clay Hines joined the firm and brought with him a Master’s Degree in Civil Engineering from Cornell University and experience with one of the largest structural engineering firms in New York City.

Ken Jones also joined the firm in 1983. Ken is unique among our many UCONN grads, because between degrees, he accumulated several years of experience in residential construction.  The firm’s continued success in serving architects and owners in this important market is a tribute to Ken’s knowledge and background in light frame construction.

Bruce Richardson arrived in 1985 after working in a similar structural consulting firm in the Hartford area. Because of this experience, Bruce “hit the ground running” and hasn’t stopped yet. Bruce has a diversified background in the structural analysis and design of buildings and has developed a strong expertise in serving industrial clients.

During the late 1980’s the culture continued to be guided by the founding principle of providing a high level of service to our clients. The challenge was to accomplish this goal while hiring staff at an accelerating rate. In an effort to imbue the staff with this basic tenet, the management style became more and more participatory. Committees were formed to engage every associate in some part of the management process. Some of the committees were technical in nature, such as those charged with upgrading and monitoring our specifications, some looked to build camaraderie through the development of softball and basketball teams, and some, such as our Celebrations Committee were simply for fun. The entire staff participated in a Monday morning meeting, and members of the engineering staff took turns presenting on technical or code issues at “Tech Lunch”. The Monday morning meeting and Tech Lunches are still part of our culture today.

The recession that started in the final years of the 1980’s and extended well into the early nineties inevitably brought a downturn in business and a subsequent retrenchment. Through a renewed dedication of staff and rigorous cost controls, however, the firm survived the downturn. It learned, as did many, how to be faithful to its goal of providing “knock their socks off” service while maintaining financial stability.

By 1994, the company had fully recovered and had a banner year in terms of significant projects and financial strength. Some of the projects designed at that time include the Law Library for the University of Connecticut, the Greenwich Post Office, and National Hall in Westport, the recipient of CT Engineers in Private Practice coveted 1995 Outstanding Engineering Award.

Ready to reach for new heights, 1995 started with the designation of Ken, Clay and Bruce as Principals and new Shareholders.  The firm was renamed The Di Salvo Ericson Group, Structural Engineers, Inc. (TDEG) to recognize the major contributions of all of the principals and associates.

Dick Di Salvo died suddenly in July of 1998. He left a company of engineers and staff well trained to his high technical standards to continue his ideals of excellence and quality of service. Val Ericson took over as President of the firm, and Bruce, Ken and Clay each led design focus groups as well as took responsibility for managing operations, finance and marketing aspects.

The year 2004 saw the emergence of  new firm leaders. Bruce was made President and took on the responsibility for general management and continued to oversee operations and project management. Clay and Ken became Vice Presidents with Clay directing our marketing activities and quality management. Ken continued as our financial director and assumed responsibility of our human resources. Val became the Chairman and CEO.

In early 2014 the firm was renamed The Di Salvo Engineering Group, Structural Engineers.  Sadly, Clay Hines passed away suddenly the same year.  Trevor Hill was made a Principal of the firm early in 2015.  Later that year, the firm moved out of Ridgefield after occupying five different offices over 42 years and resettled in Lee Farm Corporate Park in Danbury.

In 2018 TDEG announced the opening of a new office in Castle Rock, Colorado.  The office is headed by Steve Lehigh.  Steve has been with TDEG since 2015 and now resides in Colorado.